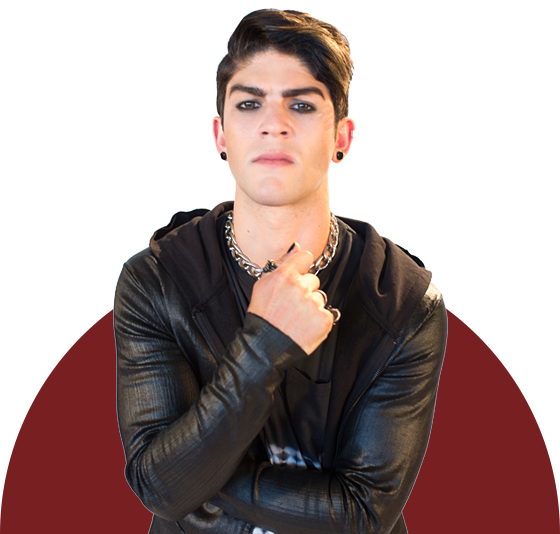 Bradley is the leader of the Emos and singer in the band “Worst Day Ever”.

He is angry and forceful, holding the power over who is in and who is out. He is obsessed with winning the band competition where he hopes to impress his Emo idol, Doug Skeleton. This often sees him treading over all who get in his way. He hates the Christian group and anyone who tries to force their beliefs or optimism onto him.

He is well known for his leading role as Sam Conte in Matchbox Pictures’ series Nowhere Boys And internationally via Nickelodeon’s Every Witch Way and Liar, Liar, Vampire.

His other credits include: Neighbours and the feature-length Nowhere Boys: The Book of Shadows.